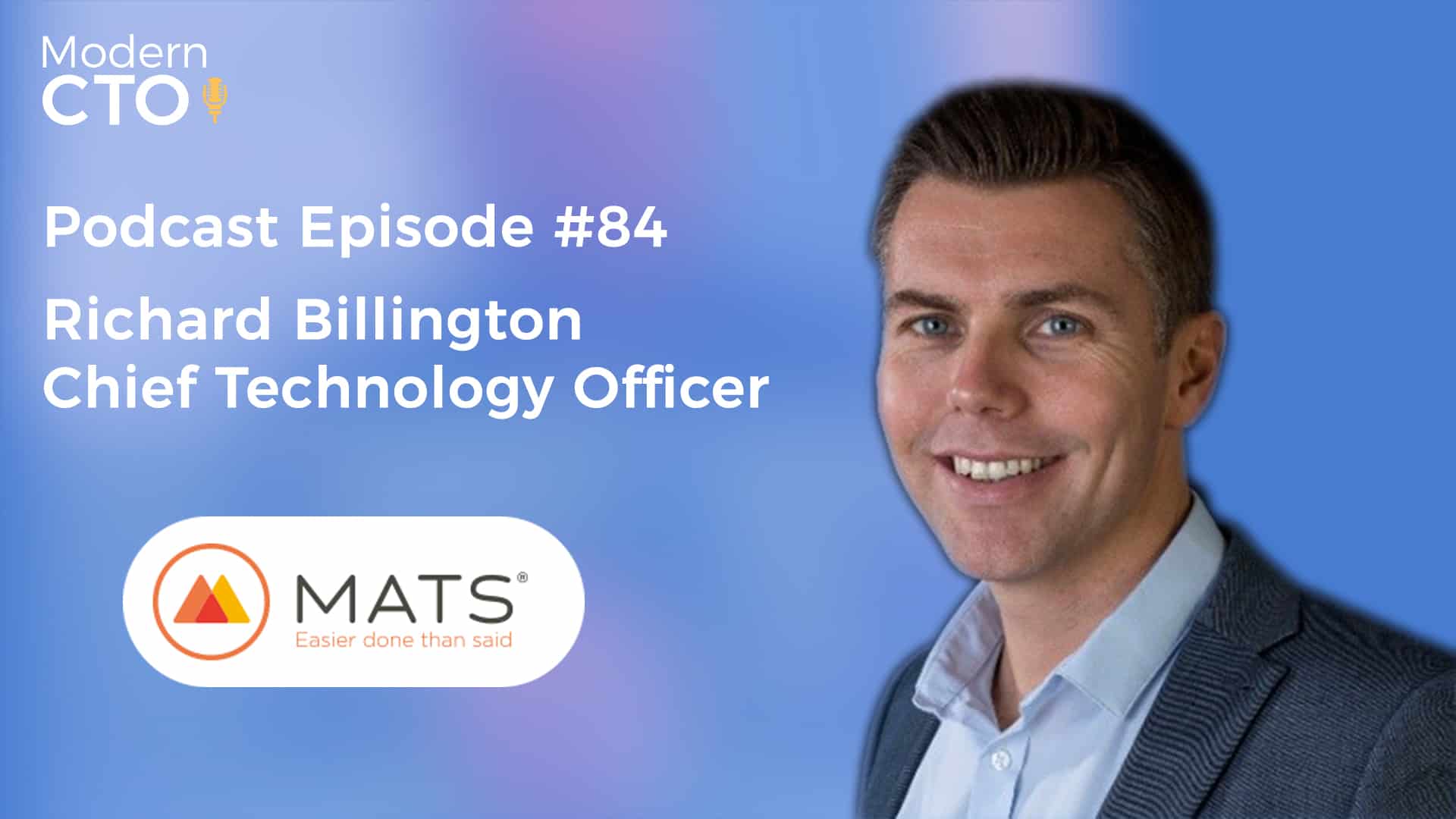 Today we are talking to Richard Billington, the CTO of MatsSoft. And we discuss Advice for CTOs going through the acquisition process, hiring people who are better than you, and the importance of retaining home-grown talent.

MATS is a new breed of “Low-code” BPM software that’s quick to learn, easy to use and requires less IT. Allowing you to configure and deploy new applications in days rather than months. By using its drag-and-drop interface to configure, rather than code, you can build a new app faster than you can brief IT to do it for you.

MATS customers have successfully delivered many low-code and digital transformation projects, working with over 100 companies in the UK such as Vodafone, Nationwide Building Society, Thomas Cook, Department for Education, ITV and many others. MATS provides all the components you need to build, deploy and improve business apps without coding. It’s quick to learn and easy to use, giving you the freedom to create, deploy and improve digital apps faster and cheaper than you ever thought possible.

Show Notes:
How did your day go
Do you know Nettitude
Explain low-code to us
Introduction to BPM Software
BPM Fill a gap to create business applications
First iterations of Mats was developed about 12 years ago
Rebuilt it about 5-6 years ago
Came across dev tools several years ago
The demand for coding is still here
The transition to CTO
What keeps you so interested – The evolution of the company
How did the acquisition go? Business as usual?
Acquisition process – Advice for younger CTOs going through it
Sees himself as a technical CTO
When you get to upper tier the CTOs can pick what they want to do
CTO Role is multifaceted hire people who are better than you are
London has a huge blockchain culture
How do you identify and grow leaders
Hard trait to find in technical people
Learning to be a leader
Devs want to be seen as a lead in their field and an expert in what they do
Retaining talent is huge
How to you communicate that message
Spaghetti Code MVP Epidemic
Elon Musk Biography
Policy shift for microsoft is much more positive than it was
What advice would you give yourself 10 years ago