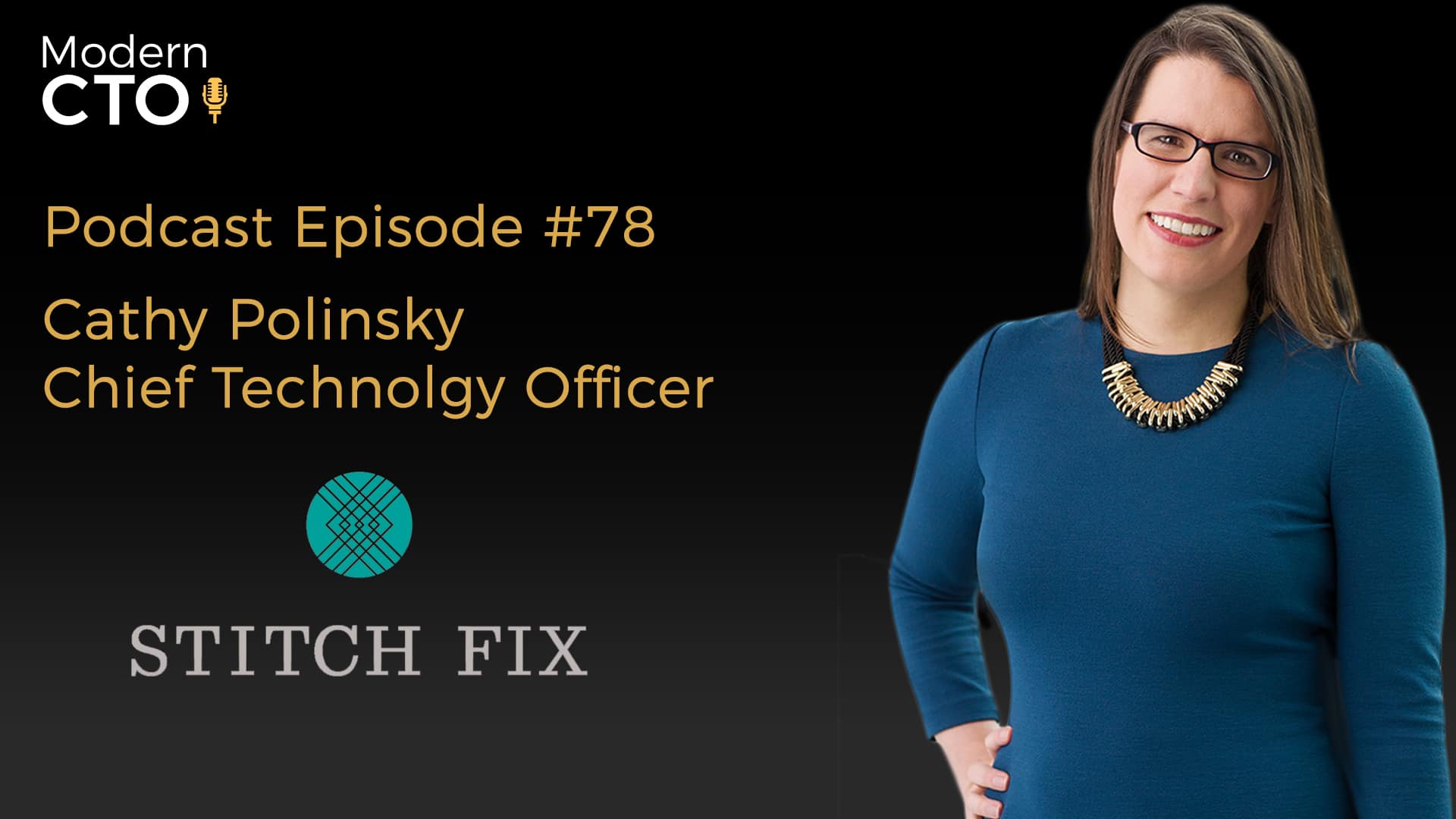 Today we are talking to Cathy Polinsky, the CTO of Stitch Fix. And we discuss solving problems by seeing the bigger picture, staying humble with a team first mentality and how delivering results in small situations leads to delivering in larger situations down the road.

Cathy Polinsky is the CTO of Stitch Fix (NASDAQ: SFIX), the leading styling service that delivers one-to-one personalization to clients through a combination of data science and human judgment. She leads the technology team which includes: Engineering, Product, UX, Security, and IT. Prior to Stitch Fix, she was SVP of Engineering at Salesforce, overseeing enterprise search. Earlier in her career, she spent time at Oracle, Yahoo! and Amazon.

She hails from Pittsburgh and started programming on the Apple II computers using Logo in first grade. She landed in Seattle post-college during the dotcom boom and then moved to San Francisco just after the bust. She started out as a young software engineer and grew her career from there.

She wants young girls to recognize that it’s absolutely possible for them to become technology leaders and she is passionate about programs that support giving access to computer education for all kids. Her two daughters love code.org and Minecraft.

Office themed escape room that Joel did
First experience with technology – elementary school got a grant for technology
Started with logo programming and basic programming
First internship was at a company in Boston – startup called NetMarket
Proud to be a female CTO but wants to be seen as a CTO first
Thinking of diverse customer bases and clients helps
Pie Chart of Day 1. Team building. 2. Strategic Priorities. 3. Technology
Joined StitchFix about 2 years ago. Came because it was a fantastic company, great customers. great growth. great technology
Started as women’s only, then moved to men’s, then plus line
Cathy’s daughters are Stitch Fix customers
What is Stitch Fix – Personal Styling Company.
Painting a picture – excellent communicator
Started as a full stack engineer at Amazon, late 90’s .com boost to .com bust
Became an engineering manager at Yahoo
Spending time recruiting top talent
What’s the culture like at StitchFix, Highest EQ of any engineering team she’s ever worked with
Collaborating on a non technical problem
Lot of things to set them up for success. Micro applications – ruby on rails – continuous integration and continuous deployment
What stands out as an action that someone could perform that shows they could be a leader
How they can find patterns, not just solving one problem but seeing the bigger picture
Look for people who are humble and thinking about the team instead of themselves
Results matter, deliver in small situations leads to delivering in larger roles
It takes time to become a leader
It’s a long path to get to the CTO
No time to focus on a book – focusing on the team
Does speak externally to make sure that her team gets the recognition – requires balance
StitchFix has a good relationship with Code2040 – focus on college students internships and first jobs out of school
What are you excited about at Stitch Fix – what’s coming down the pipeline. Just starting this fiscal year
Lots of pressure put on the engineering team in the last year
Fiscal year goes from August to July at StitchFix
Used to work at SalesForce – Predictable Revenue – Pod Structure
When are people buying clothes? Different model than most retail companies
People are buying clothes for the seasons
Operational review – brought racks to review second layers “What are second layers”
Mobile First company – iOS, mobile web
Investing in features that drive engagement