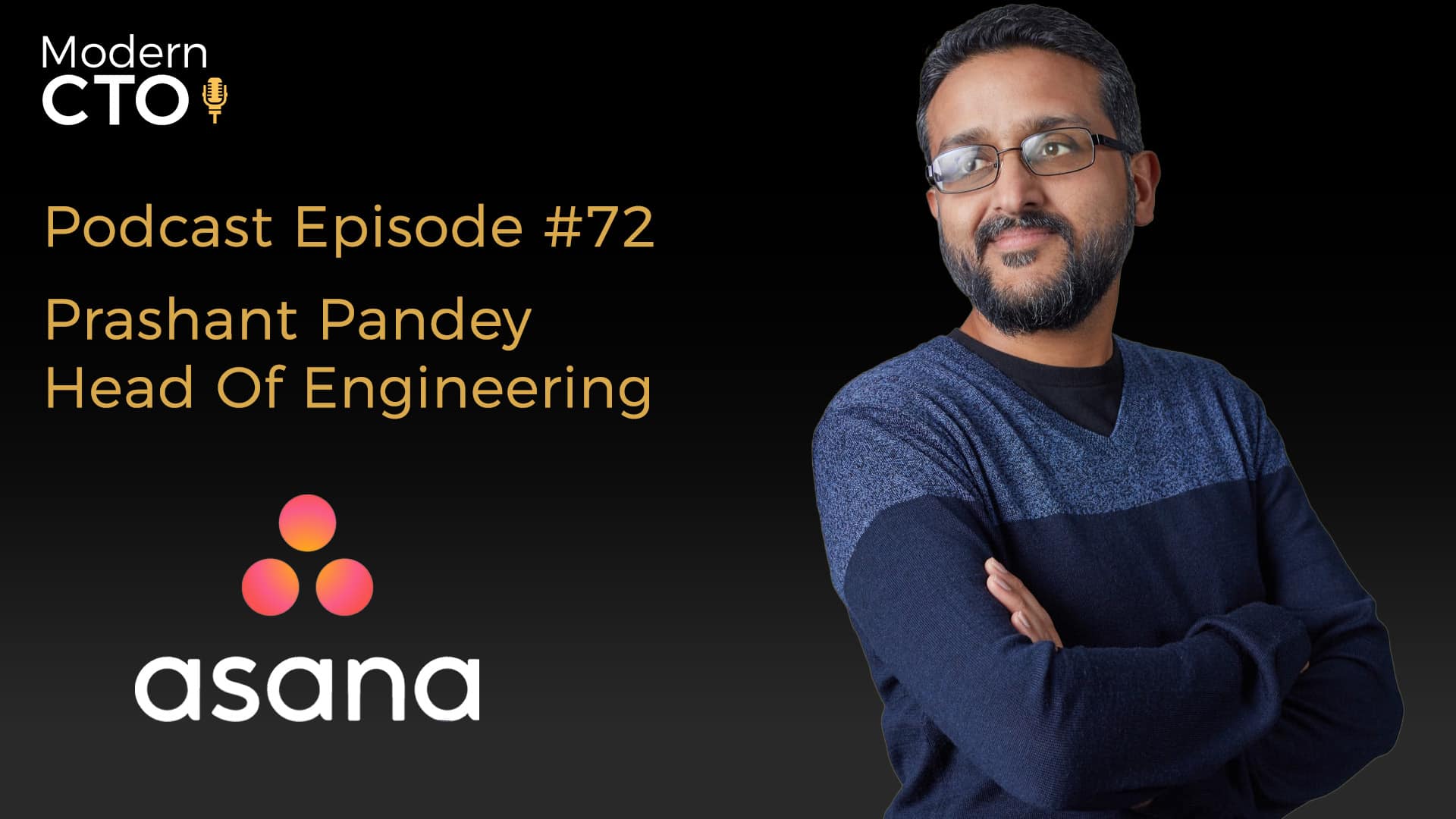 Today we are talking to Prashant Pandey, the Head of Engineering at Asana. And we discuss the importance of setting context as a leader, Structuring engineering teams to ensure speed with a high degree of quality, and how Asana’s all hands events help shape their company culture.

Asana is gorgeous space
Dustin Moskovitz – Asana CEO has been going to Burning Man
What is Asana – Helps teams work together effortlessly
Makes sure engineering team is working as fast as possible and putting out as good a product as possible
Road Map Week
Investor from Generation Capital is coming in today
300 hours of human effort applied to talk – All hands event once every 6 weeks
Progression of Prashant’s career – started as a researcher at IBM
Jumped from IBM to a startup – needed to move towards shipping a product quickly
Then moved to Amazon – helped build DynamoDB – What AWS is built on
Learned about operational excellence
Think about where the industry is going and not just building for now
Culture at Asana – Wavelength – Magazine that Asana puts out
Ship Fast sustainably
Balance is one of Asana’s Core Values
You learn and then you apply it and then you learn again
Lunar 2
Story of Joel meeting one of the engineers at Asana – Training engineers
Core set of skills for engineers that Asana looks for
What do the relationships look like at the C-Level
A lot of leadership roles end up being lonely
Company Planning team at Asana
As a leader, Job is to always set context
#ABR meme at asana – always be recruiting
5 whys – creating space for reflection
E-myth revisited
Veissman German company 11000+ people and Asana is become a part of the core dna
when you want to do things well there’s a lot of detail and humans are good at forgetting
Checklist manifesto
Advice to your past self – understand why you are doing something – why are you excited about a project, company and then throw yourself in to it.