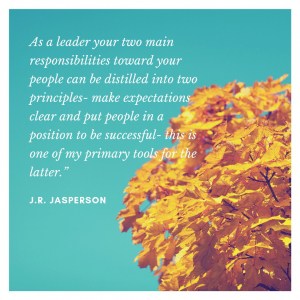 “My thoughts on leadership have been shaped by many leaders and experiences I have had through the years, but perhaps none more so than Kurt Lewin.

Kurt was a pioneer in the field of Social Psychology in the first half of the 20th century. He developed a framework known as force field analysis that considers the driving and hindering factors (forces) that influence situations and their outcomes. In this framework, a given individual or team’s work output can be thought of as the equilibrium between the driving and restraining forces.

Continued application of either tends to lead to diminishing returns- consider the increasing force required to compress a spring a set distance. Thus, as a leader I foster an individual’s intrinsic motivations (driving forces), but will predominantly focus on reducing or eliminating hindering forces to maximize their growth and efficacy.

In short, with intrinsically motivated people it is usually more effective to metaphorically remove roadblocks than crack whips. As a leader your two main responsibilities toward your people can be distilled into two principles- make expectations clear and put people in a position to be successful- this is one of my primary tools for the latter.”