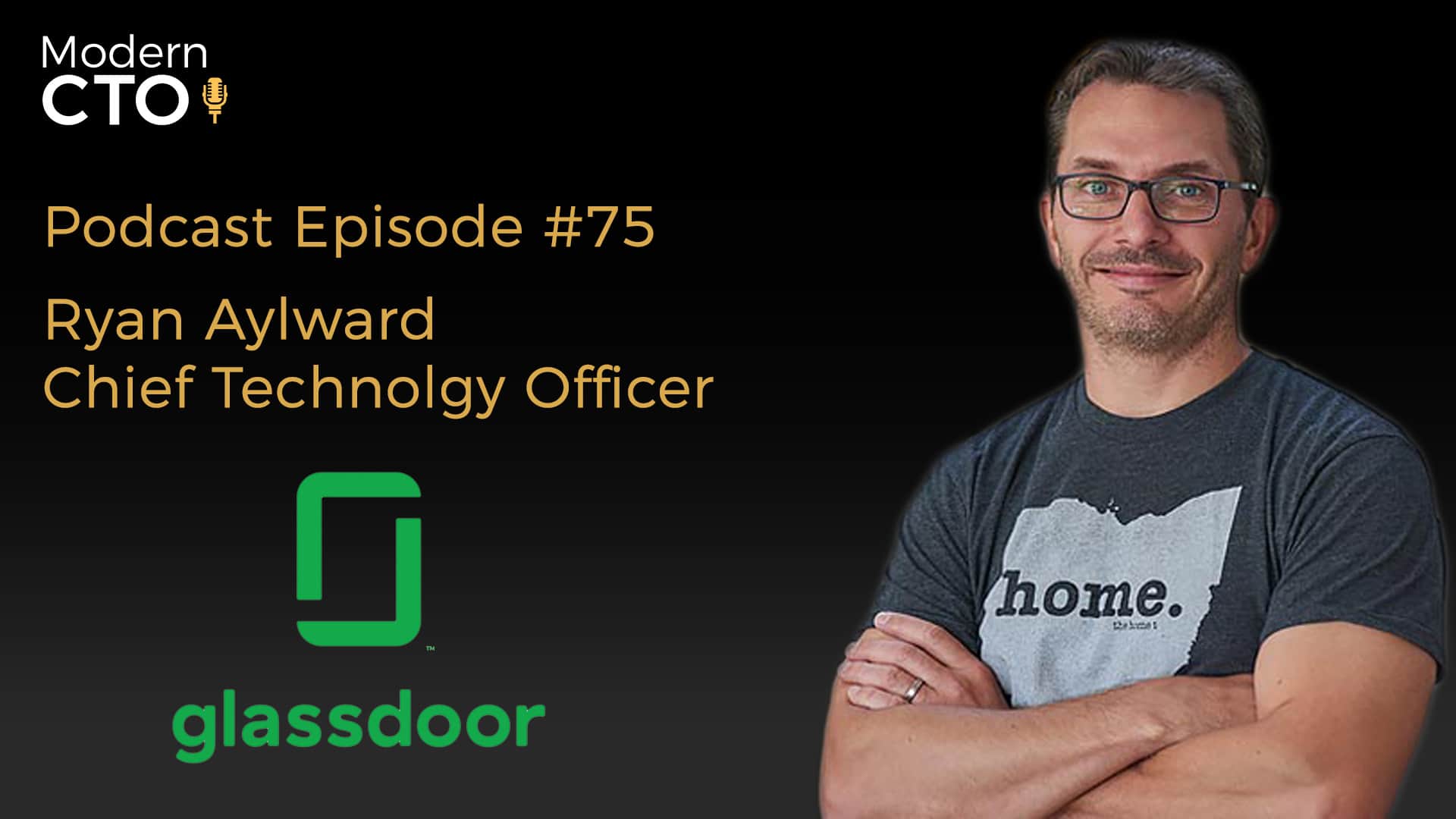 Today we are talking to Ryan Aylward, the CTO of Glassdoor. And we discuss learning other dimensions outside of technology. Why trust is one of the most important things at the senior level, and how Ryan spends his day empowering people, gathering information, and getting something done for himself.

Ryan Aylward is the senior vice president of engineering and chief technology officer of Glassdoor, who brings more than 15 years’ experience in the software development field.

Previously, Ryan was the senior director of engineering at EzRez Software where he led the development organization responsible for supporting more than 50 travel websites.

Prior to EzRez, Ryan spent more than five years with Hotwire, where his duties involved both management and development roles, including building the original website. Ryan also served as an engineer at Motorola. Ryan holds a B.A. in computer science from the University of Notre Dame.

How does your day start? What does it look like – 30 mins on his own
Big organizer of his day, come up with goals independent of meetings
Strategic to do list and a list of things to try and get done today
Started with sticky notes – notepad – evernote
Pie Chart of the day – 1 part empowering other people – information gathering – getting something done for himself
What was your path to CTO of Glassdoor – started at motorola – hotwire – ezrez – glassdoor
Didn’t feel connected in a massive company – motorola
Joined hotwire before it started – went from entry level engineer to leading the team
Robert Homan was an engineer at Expedia, started glassdoor and asked ryan to come there
What were some of the new takeaways from becoming a new leader?
First thing that’s hard for new leaders – get put in the role based on success as a IC. Control everything as IC not everything as a Leader
Controlling personality that you have to fight against
Kids are 8 and 10 now – Son is desperate to get fortnite – plays roblox
Learning to make own game with roblox
What were the early days like at glassdoor
Few phases, super early days where creating a product that fit the need of a user, had to stay really lean and small because it wasn’t monetized
Phase 2 was scale and monetize,
Storm the beach personality
Currently in third phase, acquired by recruit – partnership with indeed
Recruit is a Japanese holding company who holds several hundred companies
Early days, didn’t have jobs to begin with – tried to attract job seekers looking for info on company
Focusing on marrying those two assets together
60M active users that come to glassdoor every month
Excited about the positive impact that he can have at glassdoor
Prioritizing the product roadmap – FOCUS, make big bets
Evolve the tech at the same pace as you grow – don’t over engineer, don’t allow tech debt to build
There’s 1 or 2 things that make your product stand out, grab hold and run with it
what do you look for when hiring engineers, developing a culture of quality
Looks first for raw smarts. Second team oriented can work with others personality
Common mistake is hiring smart people who can’t interact with others.
Hiring someone who has passion
Working with people who have energy is a lot more fun